In an effort to keep the "finger on the pulse" in our communities, RichardBrooks.org in conjunction with TLC, publish research, facts and figures. TLC receive referrals from fifty agencies including Aberdeen City Council (Welfare, Social Work, Criminal Justice team, etc), Medical Practices and Medical Groups (Peterculter, Torry, etc). Founded in 2002 by Richard and Amy Brooks, TLC has helped tens of thousands of people throughout Aberdeen and the Shire dealing with food poverty and social deprivation; loneliness and isolation by provision and education, inclusion and community. For more information, or if you would like to commission a study, please drop us a line.

It is not unusual for various agencies to not be interested in these statistics after only 6 weeks of the financial year. However, such is the dramatic increase on last years figures, RichardBrooks.org have decided to publish them as an early indicator, in the hope that something can be done to mitigate the obvious projections of such results.

During the same period in 2016 the total number of food parcels requested was 174. This is therefore an increase of exactly 100%

The reasons for using the TLC foodbanks are various. The known top four causes amongst the 348 users for the period April 1st to May 13th are:

- 61 people affected by changes to their benefits;

- 31 people affected by delays in receiving their benefits.

The two major age groups reached by the TLC foodbank are:

During 2016 - 2017, 9.23 tonnes of food was distributed across the city. Whilst TLC is primarily an Aberdeen South Foodbank in partnership with the Trussell Trust, it does see many clients from the North of the city. It is worth noting that - although we have no means of verifying these statistics - the charity, Instant Neighbour reported that they had distributed 4000 for parcels in 2016, where as the network of smaller food banks known collectively as CFINE reported giving out 10,000 food parcels in 2016. It is therefore reasonable to conclude that Aberdeen is seeing some of the worst food poverty in its recent history.

The figures for children of age 5-11 is the largest adolescent group in need. Therefore, TLC has been piloting two ways of alleviating this situation, starting in Aberdeen South.

In January 2017, TLC introduced a school breakfast club, increasing from once to twice a week in March. In communication with the local school, TLC were made aware of families who would benefit from their children being given free breakfast. We wish to thank Asda for their ongoing support with this, including providing a staff volunteer.

We have been asked, "But what will happen in the holidays?"

There appears to be a challenge for families on low/no income during School holidays. Children who normally obtain free lunches at school are struggling to have enough provision at home for lunch during the holiday period.

Having been made aware of this situation TLC will be piloting a children's "Make Lunch: Lunch and Learn" in June where lunch will be provided to children, whilst reaffirming social behaviours/education. This will be piloted in the South of the city, in conjunction with the Garthdee Parish Church and will be achieved from their church kitchen, using their cafe facilities.

If you would like to be involved or contribute/sponsor the event please drop us a line at info@RichardBrooks.org . 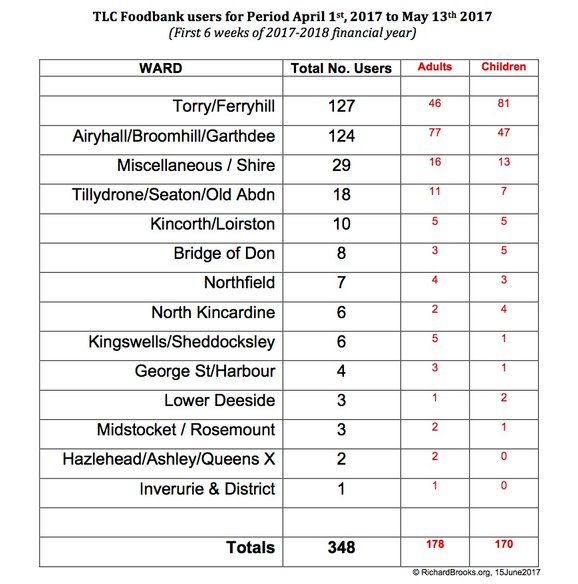 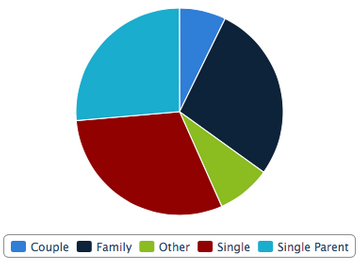 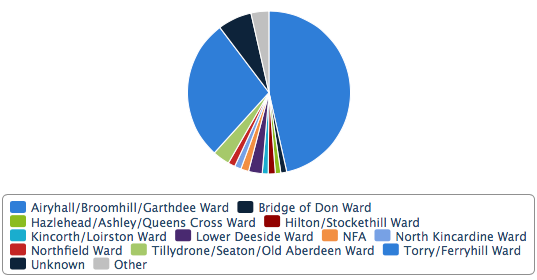