More can be done together than apart. Through partnership with others Richard has managed to see many projects rise-up and remain sustainable. Other projects have purposely been for a set period of time. What ever the need, he is convinced that pooling ideas & resources is the starting point

The Mums and Toddler's group, Bundles of Joy is a joint initiative with TLC, Christ Central Church, Aberdeen City Council and the Beacon Community Centre.

Dep. head got in touch as there was a shortage of bodies to run all the stalls at the school sumer fall That was 2014! Every year TLC help with this fair, and Richard and his colleague Tim are now infamous for "the stocks" where you get to sponge your favourite teacher.

Parks and pitches, and in particular an unused, overgrown space that used to be three tennis courts were revamped. Hours of chopping back trees, weeding, treating surfaces, re-netting and re-lining has seen this once forgotten space back on the map. This was done in partnership with the Inchgarth Community Centre and TLC. 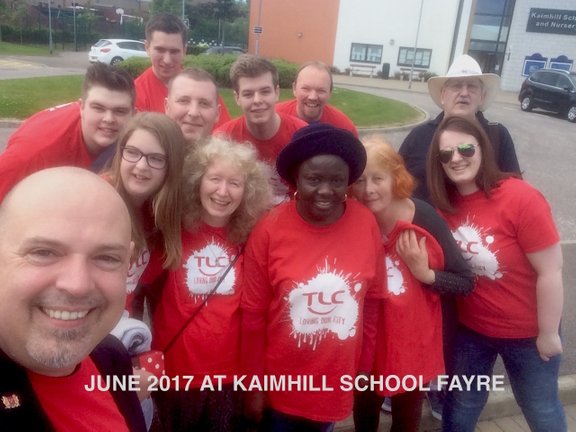 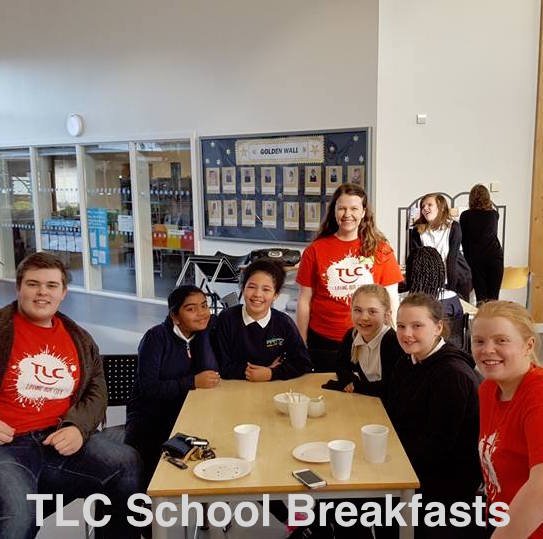 Working Across Every Generation in our Community's

Soup Kitchens, Homeless shelters, and now in partnership with the Trussell Trust, Sainsbury's, Asda and Tescos (and local schools and businesses and many others!) we now have TLC Foodbanks, TLC School Breakfast Clubs, TLC Soup & Save, and TLC children's Lunch & Learn.

From 2002 Richard has been involved in various outreach projects to the poor and vulnerable in Aberdeen. In 2010 TLC decided to look for a permanent home to house their operations. Initially, Inchgarth Community Centre generously let TLC use their facility as most of the work was in the South of the city, but within two years they had outgrown that space in terms of users and food storage. Through partnership with Cllr Gordon Townson and Danny Cowie at Citrus Mix, Richard was able to move the main foodbank operation to Citrus House. In 2015 the TLC Torry Foodbank was officially opened to the public, followed quickly by the opening of the TLC Foodbank at the Deeside Family Centre and the addition of the Union Square storage facility. Today, that partnership extends to so many other groups, not least the Robertson Trust.

With around 100 people being fed through these outlets every week, the work of TLC is providing an invaluable service to the city....but its not just a hand-out, its a hand-up, as many users have taken advantage and benefitted from signposting to other agencies in our area. 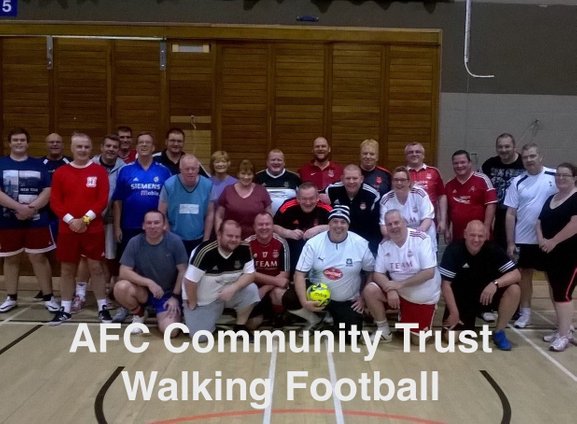 Helping your city, community and neighbourhood doesn't always take you starting something new. If it's already happening, join it! Richard has helped raise money for Aberdeen Football Club Community Trust (AFCCT), got involved in the 2017 pilot of AFCCT's Walking Football which has become hugely successful (Left, front row. The only time he had the ball!) Helping raise money for Kaimhill, Broomhill, Airyhall School,  St Johns Ambulance, 'Compassion', 'Cash for Kids', 'Children with Leukemia', 'Macmillan' and many many more. If its happening already, Richard maybe able to help. Maybe you need a hand-up rather than a hand-out. Maybe you have a great community project that Richard may be able to help. He can't be everywhere at once, but if you don't ask you will never know.